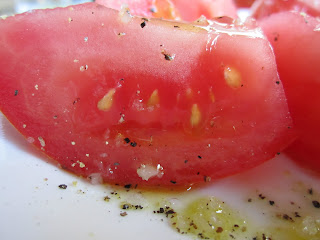 To say that summer is my least fav. time of year would be an understatement. I'm a skier. I love cold weather. I yearn for snow. Lots of snow. This may be down to being born in Quebec ... however. Summer in Ontario DOES mean one very important thing ... it's farmers market season people!!!  I cannot drive past a roadside farmers stand without stopping (which makes getting to and from Collingwood for meetings less than a short drive home). My fridge BURSTS with fresh greens, berries, tomatoes, green and wax beans ... <drool> ... <she wipes off the keyboard> ... where was I?

It's been a busy week for this ShortStack. Wanna see what I've been up to?  How 'bout we start with this - freezing some GORGEOUS Ontario rhubarb.  My winter cobblers wouldn't be complete without this hit of tart.
﻿﻿ 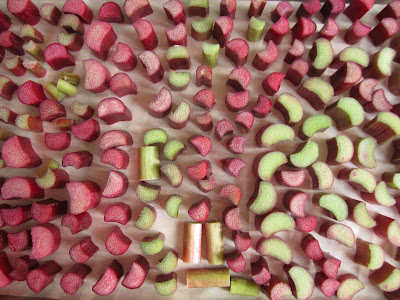 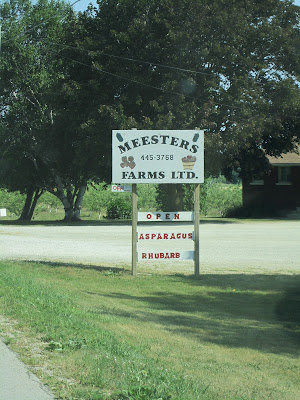 Asparagus and rhubarb ... you had me at "hello". 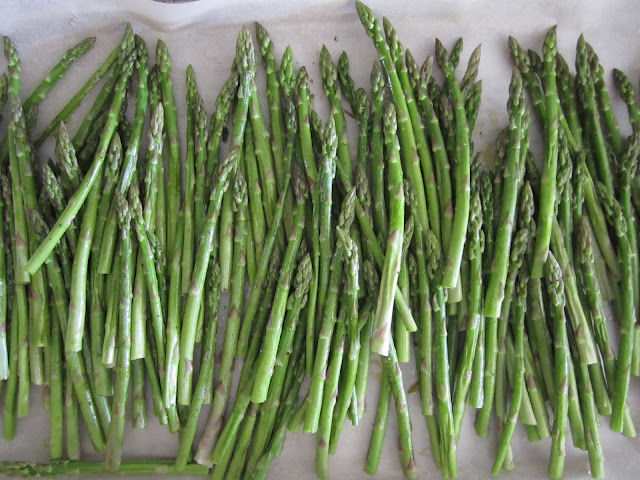 What's a girl to do with 4 lbs of pencil thin asparagus?
Well after devouring an entire pound with a sassy roasted chicken, I made soup :) 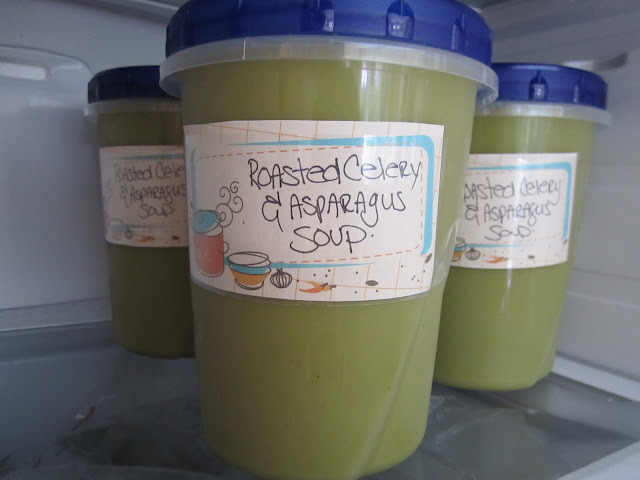 Lots and lots of soup :) 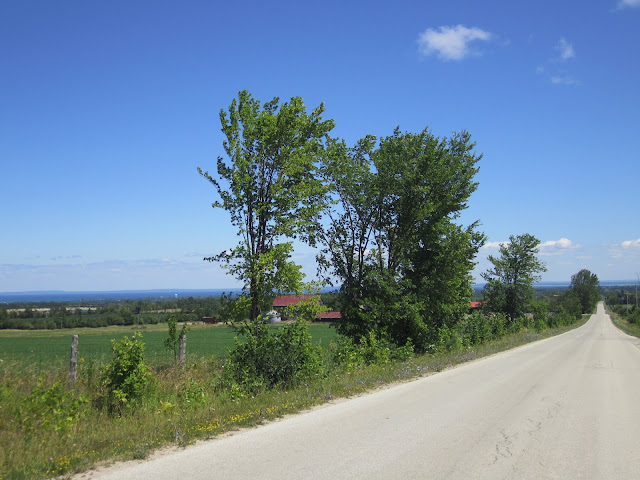 Then on the way home, after day 2 of meetings, I stopped at Lennox Farms.
Awesome farm on Cty Rd 124 en route to Shelburne.
Also the one of the Stop the Mega Quarry farmers - but that's a separate post altogether.
Lennox farms produce is amazing. Truly amazing.
(The "commute" back to the city ain't bad either eh?  I know, I'm lucky!) 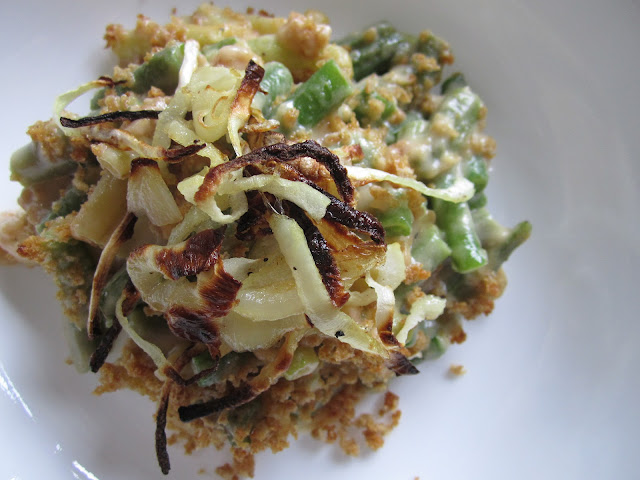 I bought about 8 million pounds of green and wax beans from Lennox.
What's a ShortStack to do with an abundance of beans?
Grab some Pine River Extra Old Cheddar, spelt bread crumbs and make a casserole.
Sorry Campbell's Soup, you're not invited to this party. 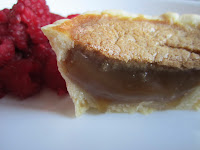 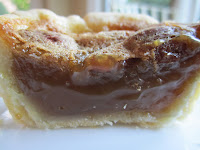 Lennox even sell butter tarts ... which of course makes Hubby happy.
So a few of those also fell into my market basket .. with or without pecans ...
What's a ShortStack to do? Buy both. Worry about calories tomorrow. 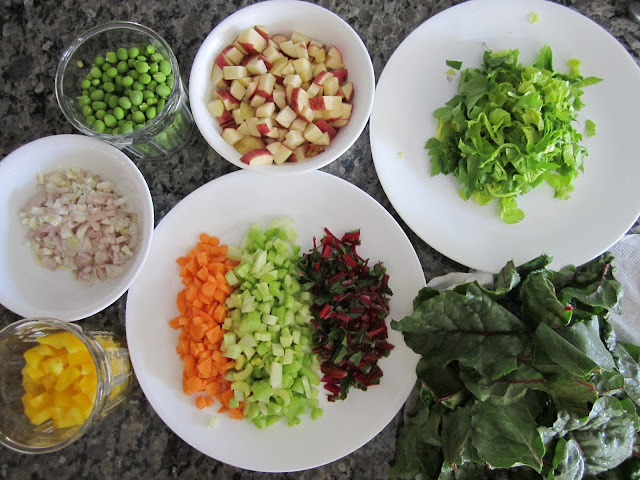 To combat indulging in massive amounts of butter the night before, tonight on the menu
we will be featuring mixed veggie soup. And as I happened to make enough to feed an
army, a few containers also made their way to the freezer. A glimpse of summer during the
cold winter months ... kind of makes you yearn for winter eh? No? Not a skier then are ya'? 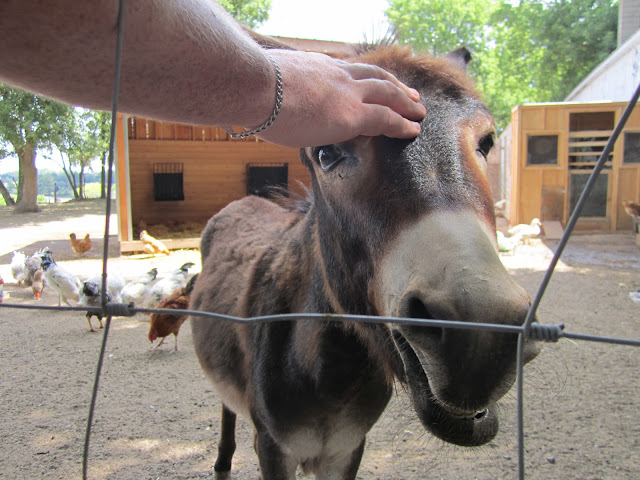 What better way to spend a Saturday than a trip to Mordens Organic Farm?
We met this plucky-little-fella within minutes of arriving.
Our eyes met, my heart melted ... hubby persuaded me not to steal their donkey.
(Although he too had fallen in love with this lil' guy!)
Honestly I came really close to bringing him home with me ... AH-dorable!!! 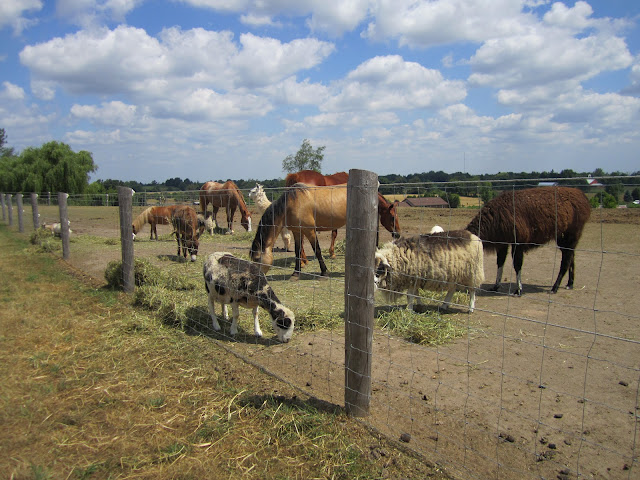 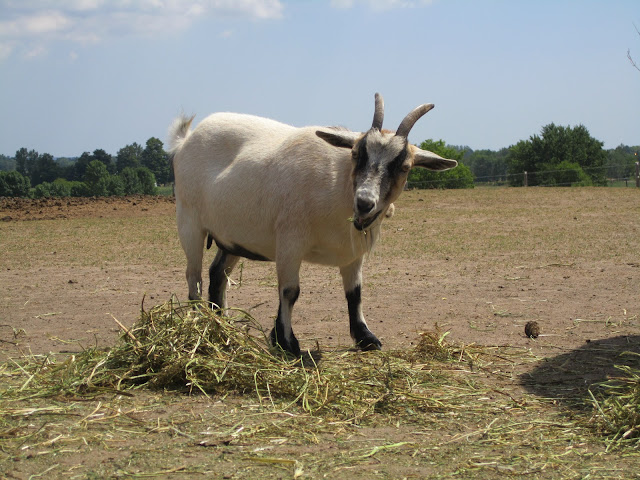 I yelled "smile for the camera" and Goat smiled.
Apparently my 'goat speak' is much better than my grade 13 French skills. 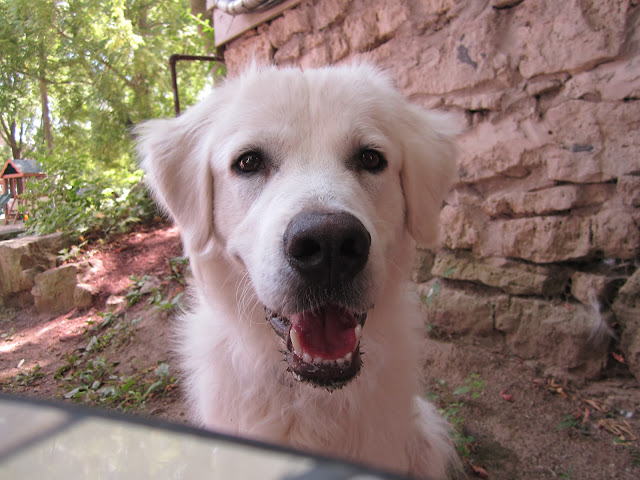 Ladies and gentlemen ... let me introduce you to Teddy.
Resident 'greeter' at Mordens. He'll even offer to help you eat your bison burger
that was grilled on-site ... sure he drooled a bit on my knee, but really, with a
face like that I didn't mind one little bit. 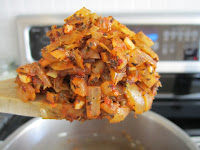 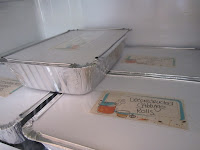 Frozen wild boar from Mordens became deconstructed cabbage rolls.
I'm going to need a bigger freezer if I keep cookin' at this rate ...
So will you if you visit Morden's - gorgeous meats.  From ethically raised organic animals. 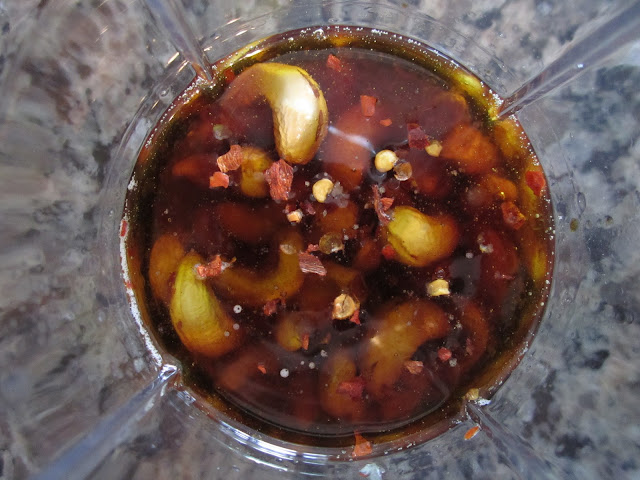 The week ended with some spicy vegan thai salad dressing ... 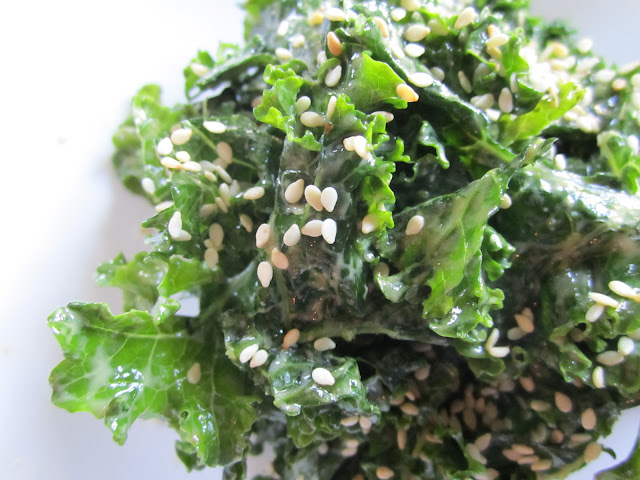 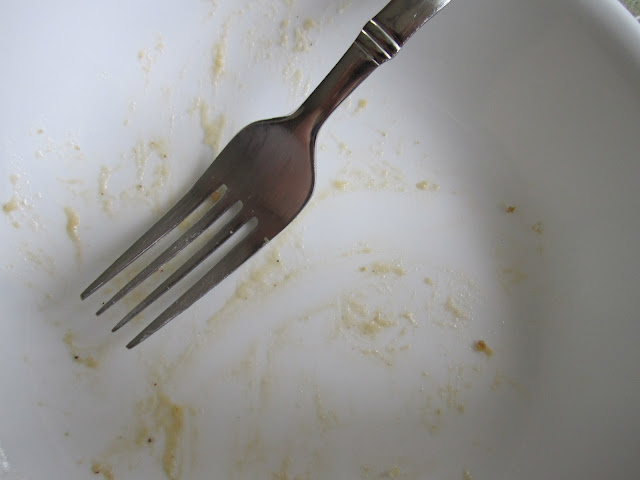 And some empty plates. :)